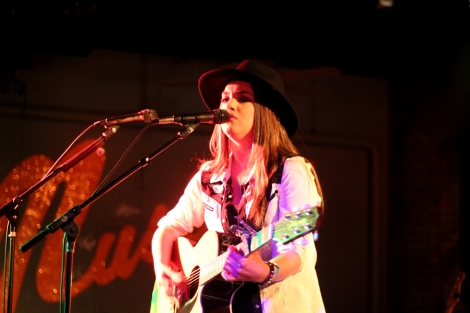 Friday, March 6th, was a night of friends, beer, and good music at Musica in downtown Akron. The line-up was composed of three locals, Lauren Mascitti, Scott Paris and the Assorted Vagabonds, and Hey Monea! There was something for everyone that night and the crowd was packed with people from ages 10 to 60 plus.

Lauren Mascitti is a country singer/songwriter from Louisville, OH. She has a couple of albums under belt, the most recent one being “A Gypsy Point of View.”

This was my first introduction to her and I enjoyed what I heard. She has a more mature voice than I expected. She captured the country “twang” well.

Most people should know by now that I have a growing love for country music and she definitely tapped into that. From her album, I really dug the song “Delta Joe.” It’s slow with a fuller sound.

Scott Paris and the Assorted Vagabonds are a Canton, OH rock band. They have a more traditional Rock & Roll sound that I love. Scott’s voice is great and it reminds me of someone who I have yet to pinpoint.

I listened to their re-released album “Functional” and it’s on repeat. The title track and “This Isn’t the First Time” (from a previous album, “Fixed Points”) are probably my current favorites from them. 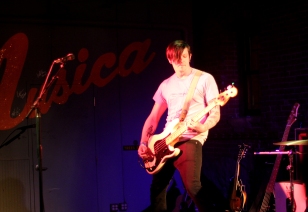 You can find more of their music here. I’ve been following Hey Monea! for a good year or more and I’m pleased to be able to call them friends. They’ve been featured on my blog before and have yet to disappoint.

They play upbeat, pop rock with lyrics that focus on good times with good friends. This is a band that you can’t help but sing along with. I’m a huge fan of their songs “Adeline” and “Ohio Lullaby.”

You can find their albums here.

They wrapped up with a bit of jam session as they tend to do. I just about died when they covered “Purple Rain.” This was such a great musical night. I’d suggest giving all of these bands a try because I know you’ll find at least one you like.