As I come barreling into the final year of my 20’s, I can’t think of a better time to hit the figurative pause button to reflect and recalibrate. I’ve always had such a strange relationship with the day of my birth. It’s been a complicated mix of emotions, but this small milestone, in the grand scheme of life, feels monumental. In fact, this is the first year in nearly a decade that I was even willing to have my birthday appear on my Facebook profile.

I came into this world at the onset of the final decade of the 20th century, 1990. The Nintendo Game Boy was all the rage. I had the OG grey boy and the slimmer hot pink version. GM formally launched the Saturn, a car brand that got me through high school, college, and my first year out of higher ed. Operation Desert Shield launched. Sharon Pratt became the first African-American woman to be elected mayor of a major U.S. city. The Simpsons first aired on Fox (technically December 1989 but I’m claiming it). Nelson Mandela was released from prison. Macauley Culkin hit the big screen in Home Alone, and my personal favorite, the Teenage Mutant Ninja Turtles film grossed more than $200 million. 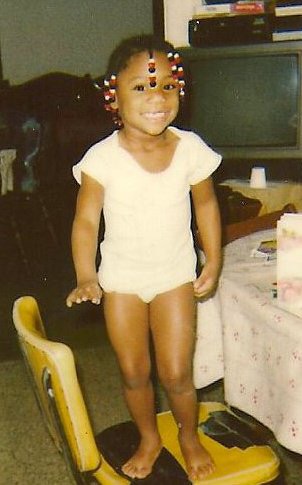 So, I’m clearly a millennial. We’re often characterized as avocado toast eating (gross), participation award receiving, lazy moochers who are the killers of marriage, diamonds, the real estate industry, horrible chain restaurants, and all things that classically symbolize wealth and stability for those who are white and middle class. But we’re also the generation that is crippled by student loan debt because the higher education system is flawed and was/is lauded as the sole way to move up in this capitalistic, intrinsically superficial world. We remember the Dotcom Bubble and when it burst. We were young enough to effortlessly adapt to the rapidly changing technology, but also had the privilege of it not being advanced enough to be integral to our childhoods. We’re a generation between two worlds and I find myself oscillating back and forth between them.

I do want to be very clear here that I am speaking from a place of privilege, having grown up in a fairly middle-class situation with two college-educated parents. I was raised in a Rustbelt city that has taken several hits to its economy, but not to the extent of a city like Detroit. I went to private schools and I am one of the lucky ones who is able to navigate through this world without the burden of Navient (formerly Sallie Mae) plaguing my waking thoughts.

In the last few years, I’ve had the incredible honor of being able to travel both professionally and personally. A handful of those travels are featured here on the blog and many more will follow (I’m still catching up). I’ve gotten the chance to judge a competition at SXSW, present my story, and sit on panels in other cities. I’ve met some incredible people, from international artists and politicians to urbanists, executive directors and CEO’s of major institutions. I’ve rubbed shoulders with people that I never dreamed that I would meet. And in the back of my mind, the shy little girl asks, “Who am I to be here? Why me?”

Scottish theologian William Barclay once said that “There are two great days in a person’s life – the day that we are born and the day we discover why.” As an agnostic, bisexual black woman (way to lay it on thick with the marginalized communities there), this really hit home. I’ve felt like my life has been a series of self-revelations, one stacking upon another, building this fuller sense of who I am. I will be the first to admit that I came into this phase of life very arrogant, confidence around my self-identity oozing from my pores. As someone who strives to be self-aware, I felt like I had spent my early 20’s going through the process of self-exploration and came out on the other side. What I knew intrinsically, but not applicably, was that growth is a continual process. In fact, that arrogance and ability to recognize, but not deal with past traumas, led to a year and a half of near-crippling health anxiety, self-doubt, and a larger waist. Therapy does wonders, y’all.

After shaking off the blow to my ego, I thought that everything was smooth sailing. I came to the conclusion that I was here to help build community and connect people, and that was that. Well, life has a funny way of telling you that you’re not done yet. The second blow caught me in the jaw near the end of 2018. I was quickly approaching burnout and hit a stage where I was questioning all of the relationships in my life. I won’t go into any details, but it was a hard pill to swallow that I still have some major internal work to do. Instead of lamenting this new phase of self-exploration, the smartest thing for me to do is to embrace the unknown. There are a few things that are top of mind as I walk into this last year of my 20’s: further understanding my identity; renewing my love of art; building my personal community; strengthening my voice; and reassessing my relationship with social media.

On this blog, I’ve spent quite a bit of time exploring my world and I think that it’s time to really take a leap forward. I want to have more authentic conversations about the world at large. I’ve silenced myself virtually and, by extension, made it harder for me to process what is happening in the world around me. Writing has always been my release. I find that although I haven’t taken this space as seriously as I once did, I believe that it still holds immense value for me as an avenue of self expression. Sure, say what you will about another millennial oversharing on the internet, but I think that the only way forward is if we continue to have diverse voices to draw upon. So now, between posts about small businesses, my travels, and nature, there will be conversations on the state of technology, race relations, identity, self-care, mainstream media, video game culture, and more through my eyes.

I know this was lengthier than many of my other pieces, but thank you, as always, to those who have bared with me.