Friday, October 18th, I went to a concert at Musica in Akron,OH. Four bands played with the headliners being Kevin Devine & The Goddamn Band and Now, Now. By the times Now, Now hit the stage, the place was packed. I’m a bit on the punctual side when it comes to things like this, so I got there at around 7:30 and got a place by the stage. At some points I was sitting on it. This gave me an excellent view for photos (click on any photo to enlarge).

Harrison Hudson was the first to play. They are a rock band out of Tennessee. They are influenced by “Roy Orbison, Buddy Holly, Elvis, The Beatles, Paul McCartney, Johnny Cash, Arkitekt, and Ricky Nelson” (Taken from Facebook). I ran into a friend of mine while there and she told me how much she loved that band. I would have to agree with her. That band performs exceptionally well. The energy was amazing and their songs have an old rock feel. I think one of my favorites that they played was “Around You.” They just released a new album in September called “Curious.” I may review it soon. 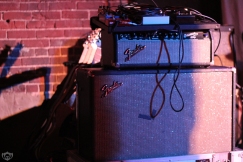 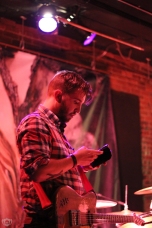 The Ohio Weather Band was the second to play. They’re a 4-piece rock band from Alliance, OH. I liked them so much that I picked up their demo and bought a t-shirt. The vocalist, Corey King, has a very interesting voice and cool hair. I’m not completely sure how to describe their music. It’s definitely rock, but there’s something else about it that intrigues me. Regardless, I’m really glad that I found out about them.  My favorite song that they played would have to be “Whole Damn Town.” You can get their demo by following this link. 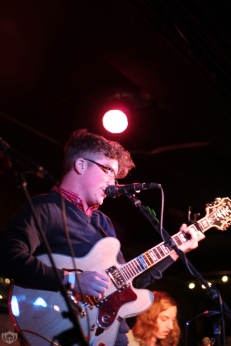 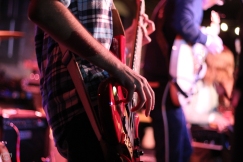 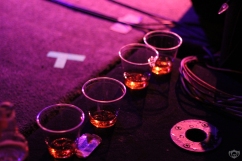 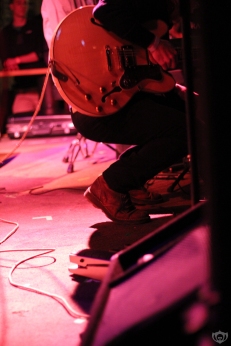 Now, Now came out third. They were the whole reason why I was there in the first place and it was funny because I had no idea what to expect. I had just started listening to them a couple of weeks ago and when I saw they were going to be at Musica, I figured why not. They’re an American indie rock band composed of 3 members based in Minneapolis, MN.  They were actually an opening at for The Naked and Famous and debuted with Jimmy Fallon. You can imagine my excitement with the fact that I was right next to the lead vocalist Cacie Dalager. I’m not sure if there was issues with the mic or the fact that I was slightly deaf at this point, but I couldn’t really hear Dalager’s voice even though I was right next to her. The music was great though and my favorite song from the set would have to be “Lucie, Too.” I’ll probably be reviewing one of their albums soon. 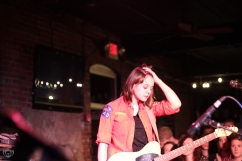 Kevin Devine & The Goddamn Band finishes off the list of acts. Devine is a singer-songwriter out of Brooklyn, NY. They were the main headliners for this event and I will admit that they put on a great show. I’ve been to a few shows where the local/lesser-known bands showed up the main ones, but it was not the case in this instance. I started listening to Devine earlier this week to prepare myself for what I was about to here. I ended up really liking the majority of his work.  Let me tell you, he’s perfect for expressive photos. It was hard for me to pick the best ones for this post. A few songs into his set, I thought it would be in my best interest if I stepped away from the stage for a drink and to save my poor ears. I think that’s been one of my wiser decisions this year. Overall, he puts on a great show. 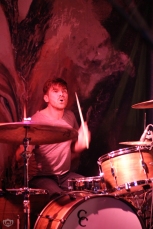 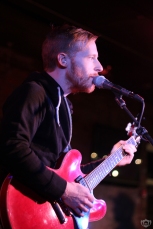 The concert was great. I hope I have enticed a few of my readers (you guys) to check out some new bands. Devine, Now, Now, & Harrison Hudson kicked off their tour in Akron, so maybe they’ll be in a venue near you soon.

Thanks for reading. I know this was a long one.

There was an error retrieving images from Instagram. An attempt will be remade in a few minutes.