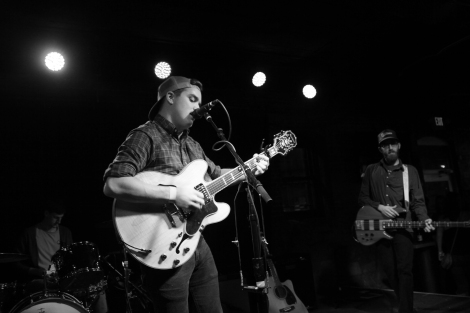 I was back at Musica on Friday, October 23rd for the band that started it all. It’s been just over two years when I first heard The Ohio Weather Band opening for Kevin Devine at Musica. Before that point, I was just snapping pieces of my life.

I started this blog initially as a way to vent and talk about the things that interested me. I didn’t think that it would develop into what it is today. That show, two years ago, was what launched me into this scene. I became obsessed with going to shows and capturing the raw passion displayed on these musicians’ faces. I became obsessed with learning more and engaging with this area. To say that “I just enjoy hearing this band” is a gross understatement. Over time I’ve gotten to know one of the members and I definitely consider them friends.

This particular night, they had a couple of bands that I had never heard of play with them.  Travis Black & Friends was the first to hit the stage. My friend, Cody J. Martin, who has been featured numerous times here, was playing bass.

Travis is a blues player from Canton, Ohio. I liked the band’s sound and the fact that they ended their set with “Fancy,” left me cracking up.

Oldboy, a folk rock band out of Cleveland, played next. I’m a big fan of folk rock if you couldn’t tell and so this group really resonated with me. You can hear their 2012 album here.

Last, but finally not least, The Ohio Weather Band hit the stage. Since the first time I’ve saw them, they’ve released their debut album, made it far in the Hard Rock Rising Ohio competition twice, played at SXSW and have toured the country. These guys have had an incredibly interesting couple of years. Currently, they’re working on their second album with the release to be announced.

The Ohio Weather Band is a Northeast Ohio Rock band with a rootsy vibe. Their songs tell the story of a man in his early 20’s trying to make his way through life. Led by vocalist and guitarist, Corey King, this band’s sound is tied together by King’s unique voice that I have yet to fully describe. They’re talented and have enough of a rawness that makes it all feel more real and personal. 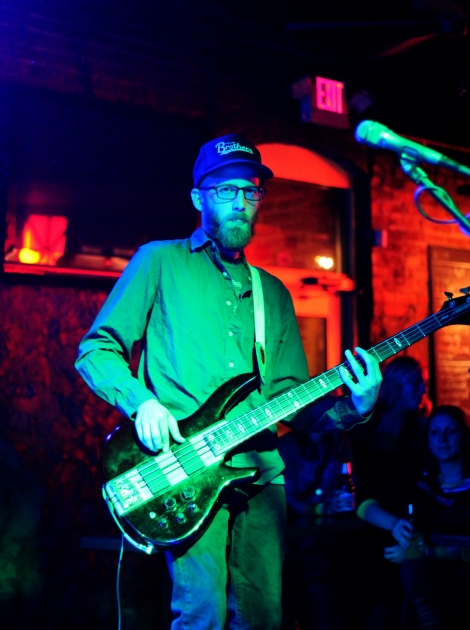 It had been a while since I’d seen them in action and they immediately reminded me of why I loved going to shows. I sang the lyrics loudly and drank my fill as I was rushed with the memories of when I spent my weekends at concerts. The energy and passion I had for this form of art was renewed that night and I hope to coast off of it for a while. Thanks guys, you really know how to bring the house down.