Saturday, January 25th, I braved the unplowed highway to make my way to the cd release show of Cody J. Martin in Canton, OH. Before that day, I had never heard any of his music although I had met him the week prior, so I was a bit intrigued. Joining him to celebrate this momentous occasion were Austin Craig (you may remember him from a post last week) and my favorite, The Ohio Weather Band.

To top it all off, I was able to pull my gorgeous best friend away from her mothering duties for an evening to hang out with me. Since she had her son we haven’t really hung out so this was the perfect time and I got to introduce her to some new music.

First to hit the stage was Austin Craig. Mary and I were lucky enough to get front row seats because of a really nice couple. It was perfect because the more people who filtered in the louder the background noise got and I don’t think we would’ve been able to hear Austin if we were further back.

He was Mary’s favorite. She said, “I really liked his sound and the way he told stories through his lyrics. He showed his intelligence through his words, he even quoted Hemingway.”

She’s a big country fan and I think it’s finally starting to rub off on me. That was one of the biggest reasons why I got her to come along. I thought Austin did an amazing job once again. I’m impressed by how much emotion he can evoke through his voice.

The Ohio Weather Band hit the stage next and they rocked. I’m not sure if they drowned out the background noise or everyone just stopped to listen to them. 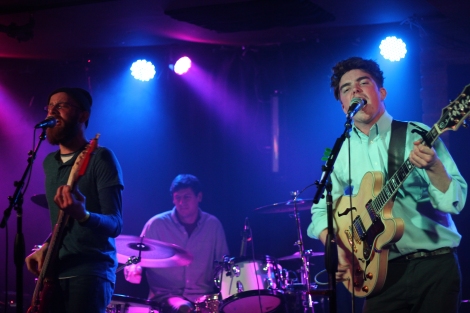 Mary says, “They had great energy on stage and was able to keep their audience hooked on every song.” I absolutely agree. They have a way of commanding your attention and don’t let go until they’re ready. I have yet to find a good enough description for Corey’s voice. It just fits.

They did play my favorite song, “A Whole Damn Town,” as well as “She Is The Devil,” and covered the Dawes’ song  “When My Time Comes.” They really did it justice. It’s such a great song and it was pulled off exceptionally well. 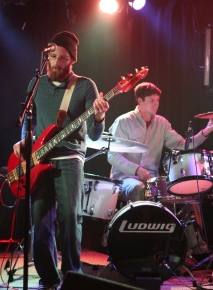 We also got a chance to hear Derek sing. I’m not sure what the name of the song was, but he rocked it. You could tell that they have a lot of fun when they perform. Their facial expressions alone are always worth bringing a camera along.

Last, but definitely not least was Cody J. Martin. Because I had never heard him play before, I wasn’t sure what to expect. But, I was immediately blown away. He has an incredible voice and great stage presence. The room quieted down immediately to listen to him.

He has this ability to lead his listeners along this journey through a plethora of emotions as his stories unravel. I am impressed. My favorite songs would have to be “What’s Already Gone” and “Tomorrow Is A Brand New Day.” His album was worth every penny.

Mary says, “He did just what every headliner should do, he rocked it!” She also said, “He was very thankful to his audience and I could tell he loved being up on stage.”

Towards the end of his set, Cody brought a few people on stage to play with him. I didn’t catch all of their names, but they played well together. 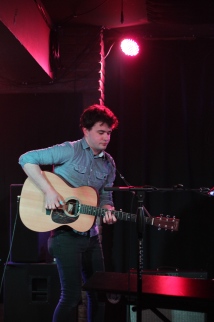 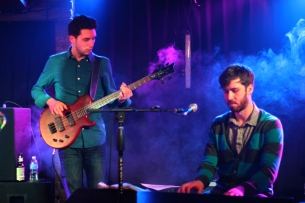 Because the increasingly intoxicated crowd wanted another song, Austin and Corey joined Cody onstage and led the group in the final song of the evening. It was a lot of fun watching people gather around the stage and some even got up on it. I had to squeeze in to get a few pictures of all three of them together. The energy in the room was great. I’ve never seen a crowd so pumped. 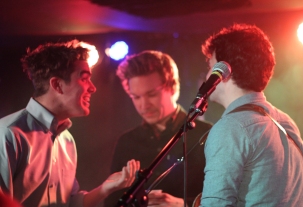 I recorded a few bits of each set so you all can get a taste of some really good music (I recorded it sideways that’s why it looks the way it does).  I hope you all enjoy it.

The evening resulted in some great music, many laughs, and a night to remember. Congrats Cody on your cd release!

One response to ““Somewhere You’d Rather Be”: Cody J. Martin CD Release Show”