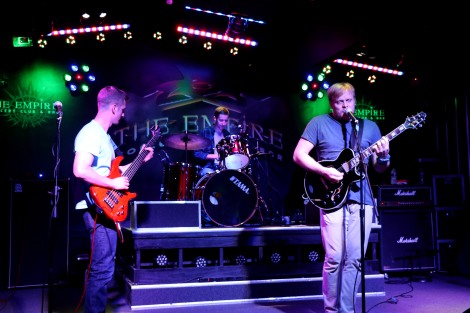 Last Wednesday, I got a chance to check out the Goodbooogie, Inc. Reunion show. You may remember these guys from the Allen Cruz & the Galaxy EP release a few years back.

Gretchen Pleuss kicked off the night with some folksy tunes. I’ll be honest, beyond open mics, I’d never heard her sing before. It was a wonderful reprieve from the local sound in that she has a gift of storytelling through song that has been lost. Her sound is reminiscent of the 60’s and the overall sound does have a Joni Mitchell feel to it. Her voice is powerful, soulful, and soothing. 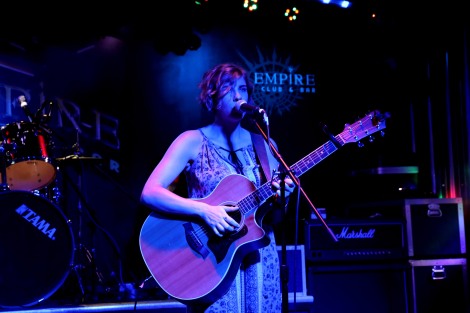 She played some songs off of her album From Birth, To Breath, To Bone including “Noah and the Ark.” My favorite from her album is “Jane Eyre,” but that could be the bibilophile in me. It’s a shame that this form of storytelling has been drowned out to a more generic sound. 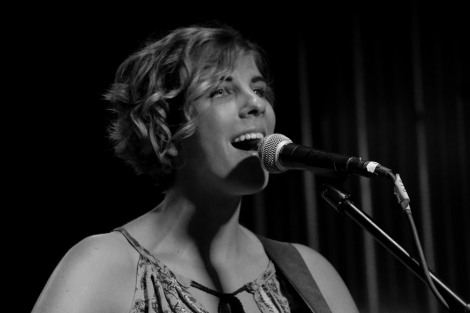 I haven’t covered as many solo female musicians, and hopefully that will change in the future.

Goodboogie, Inc. returned for a reunion show at the Empire Concert Club. This is a band that you can’t help but dance to. They’re a rock band that has some Rockabilly tendencies at times that allows them to stand out in this folksy rock town. But, overall you can tell that they’re inspired by a range of genres including Blues and Funk. Their album, Twenty Bucks is Twenty Bucks, and the covers they selected for their set makes that very apparent. 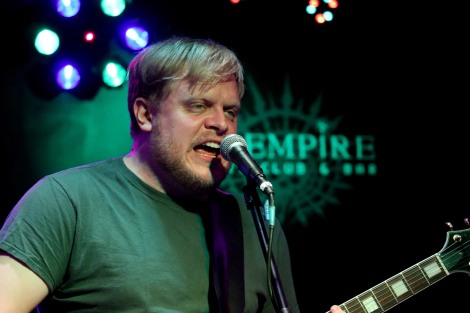 Jackson’s lime green, clear guitar was a eye catcher and they are just such a feel good band that almost everyone can enjoy. Jackson’s mom is pretty awesome as well. She made sure that everyone towards the front were up on their feet and dancing. It was great.

This was a pretty fun night and the fact that I was able to get back home by 10pm without missing much of the show was a plus (I’m getting old). Hopefully, the Goodboogie, Inc. team will be doing more shows in the future in some capacity. We need more good times like this.