The second Friday of January, I decided to head back to Empire Concert Club to see Daniel Rylander and Allen Cruz play. I hadn’t seen them since summer of 2014, so it was always nice to see what they’ve been up to since then. It turned into more of a singer/songwriter night with the exception of the Daniel Rylander Trio. 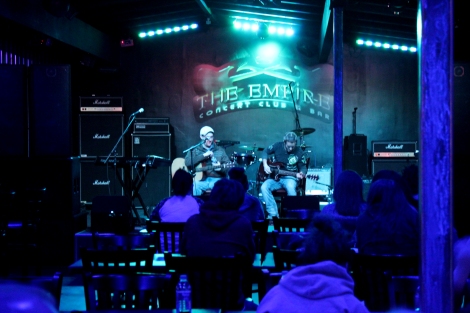 The first to hit the stage was My Buddy Josh’s Band. It’s mainly made up of Kent, OH singer/songwriter Josh Ferro, but he is sometimes accompanied by others. He was interesting. I didn’t catch the name of the guy who played with him, but I enjoyed their music.

Next up was a young folk/pop singer/songwriter by the name of Anita Louise. She had a lot of material on hand and her voice was young, innocent, and light.

Allen Cruz is always a pleasure to hear. He’s a musician out of Chicago and has been living in this area for the last couple years. As I’ve mentioned in prior posts, you can hear a lot of Bruno Mars influences. Him and his band released an EP in the middle of last year and it is a mood booster. You can check it out here.

Last, but not least, was The Daniel Rylander Trio. I’ve featured Daniel on the blog several times and he’s always a joy to hear. He has an album under his belt and is currently working on an EP. I look forward to hearing what he comes up with. If you’re interested, you can check out his album here. 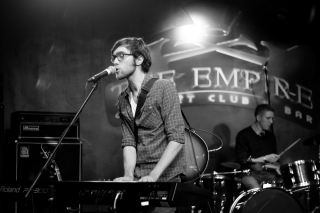 Overall, it was a great show. Thanks for reading,