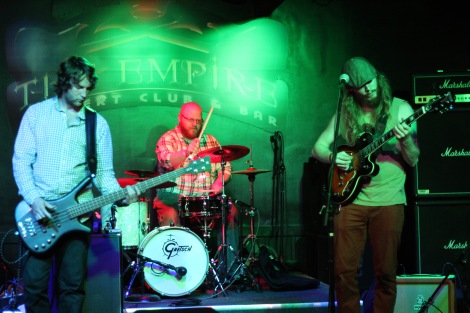 Friday, August 22, I went to a show at the Empire Concert Club in Akron. I was invited to see Anchor the Moon play along side headliners The New Black Jesus, Mithridium, and local band, Oden Heed*.  This was a fairly new venue so I had no idea what to expect. It’s actually pretty nice. It looks like a warehouse with metal, wood, and concrete everywhere you turn.

The show began a little late, but it kicked off with Oden Heed* with the drummer from Maid Myriad. I’d heard the latter name around, but had never gotten a chance to see them play. So that will be on my list soon. Oden Heed wasn’t bad. I really dug the fact that they used two drummers. 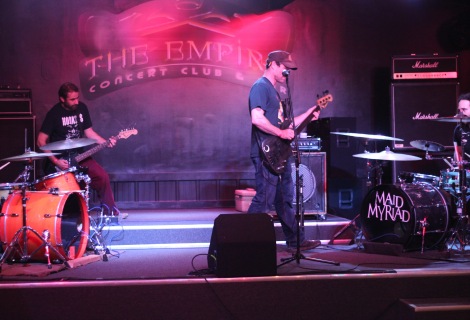 I suppose I should have preface this by saying I haven’t listened to metal in quite a long time. I was big into it in high school, but now my tastes have tamed themselves a bit. Regardless, I can appreciate good music in all of its forms.

Next up was the band that I had come to see, Anchor the Moon. They’re an interesting blend of Rock and Blues, so I found it a little strange that they were picked to accompany this line up. Nonetheless they were great and really stood out from the other bands that played. 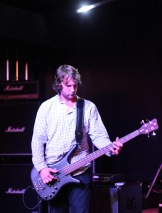 Part of the way through their set, they brought another local musician on stage to help them out. Raine Browning has a great voice on his own, so it was a nice addition to the set.

The third band I saw was a Columbus, OH metal band called Mithridium. They reminded me of the thrash metal from my past. My ears had quite a bit of trouble the next day. They were really good though. 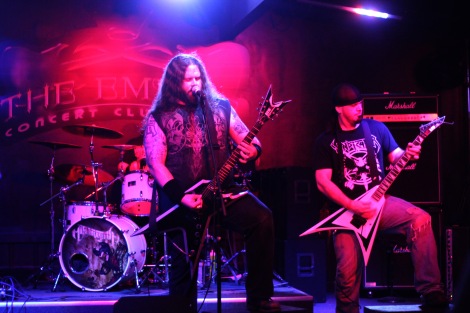 I ended up missing Mind Pulp’s set, so I can’t give an opinion on them. But I can tell you that they are a New Philadelphia, OH metal band with five members and was founded in the late 90’s.

The headliners, The New Black Jesus, hit the stage last. They’re a Columbus, Ohio-based metal band and they were great. I had never heard of them before that night and I was quite impressed. They have such a great energy with a lot of skilled musicians.

Overall, it was a great experience and I got to meet a ton of new people. If any of these bands interest you, just click on the link on their names and you can check out some of their music for yourself.

*Edit: Previous version mentioned Maid Myriad as the band who played. It was actually Oden Heed with the drummer for Maid Myraid.