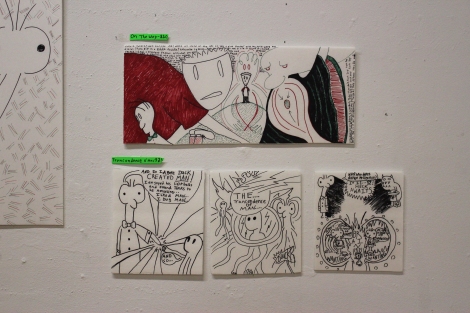 Last week, I got the chance to going to a friend’s first solo art show. Seth Troyer is a 23-year-old local artist, who has an interesting style. The official title of the show is “Green, Black, Red (and others).” It seems he specializes in a cartoon art style created from simple lines.

In addition to showcasing his work, he also released the first issue to his new comic series, “Mullins Family Infinite.” He also has his first comic for sale, “Hardy H.W. Duck.”

I ended up missing the musical portion of the show, but I hear Zach Lint (a local musician) played. There was also snacks for people to enjoy and overall it seemed like a chill experience.

If you like what you see, then I suggest taking a trip over to Square Records in Highland Square to see it in person. I’m not sure how long the exhibit will be up, but I imagine through the rest of July.

Congrats to Seth on his first show! 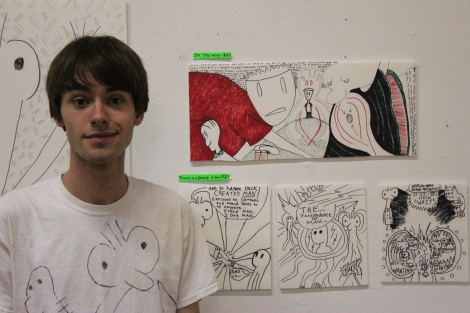