Polker’s Restaurant was the place I had dinner on my first night in San Francisco. It is located on Polk St. and was just one of those places that I found while wandering around. 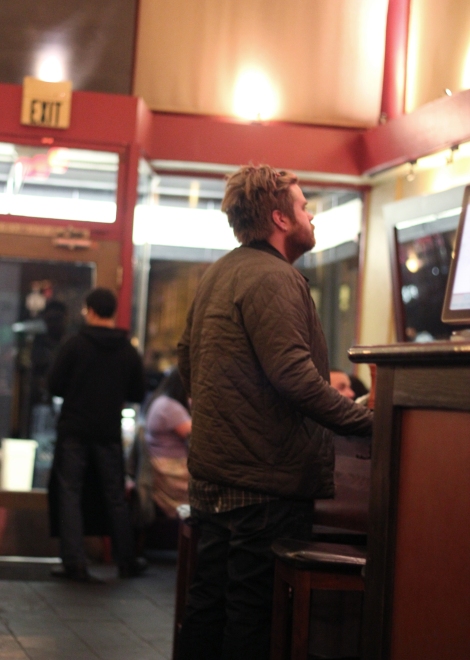 It’s a quaint little place with a friendly staff who immediately knew I wasn’t a local. They even gave me a few places to check out during my stay.  It’s not really a hole in the wall type of place, but I did learn that it recently changed its name and added more items to the menu. It was originally a burger place.

It’s very casual. I walked in with jeans and the water and beer are served in mason jars.

I got a glass of Segura and the Grilled “Giant” Shrimp Risotto. It had massive prawns with butternut squash, onions, peas, rice, mushrooms, and Asiago cheese.

It was delicious. I took the first bite of the risotto and my mouth had an orgasm.  It was thick and creamy with an earthy flavor. I mean it was heavenly. I quickly took a photo and posted it to my IG stating that San Francisco was doing me right already. Yes. That’s how good it was.

I ended up having to pack it in a to-go box because it was so heavy and filling. I wasn’t that hungry to begin with so it was a bit much for me. I would definitely recommend it if you are extremely hungry. My father ended up getting a burger and he said it was really good. That’s about the most I got out of him. Men.