This past weekend, I had the pleasure of going to a cd release and homecoming show up in Kent. I had never been to the Kent Stage before even though I stayed in that area for four years. I was immediately impressed by the size. It reminds me a small, one screen movie theater. Needless to say, the place was packed. 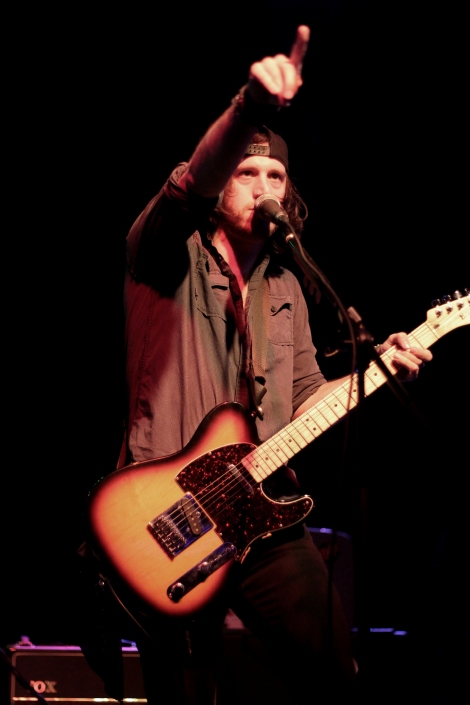 This was actually the first time I’ve heard them all play together. For some reason, I was expecting something along the lines of metal, but I was pleasantly surprised. They pull from a variety of influences to create something different, yet interesting.

Guitarist and Lead Vocalist, Jeff Klemm, has an amazing voice that draws you in and his skills with the guitar are awe-inspiring. Him and drummer, Greg Meisenberg, make an amazing duo. Recently, they’ve added bassist, Mario Tonathy, who toured with them the previous year. He’s nothing to sneeze at either. 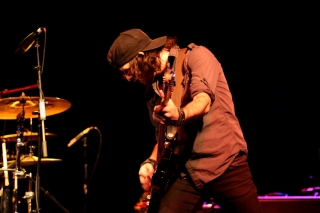 During this show, they played their debut full-length album, “With Haste On Its Breath”, in its entirety. And let me tell you, it is worth checking out!

For more edited photos of this band check out my Flickr.

The show didn’t stop there. The psychedelic rock band, Simeon Soul Charger, hit the stage right after. They’re from Akron, but spent the last (almost) four years touring/living in Europe. They have quite the resume. In addition to two albums under their belts, they have one on the way, with several music videos and tons of touring.

Honestly, the vocalist, Aaron Brooks, reminds me a lot of Johnny Depp. It’s definitely the mannerisms and style, so I couldn’t help but be captivated by him and his beautiful voice. The fact that they did a cover of Screamin’ Jay Hawkin’s “I Put A Spell On You” just solidified my position as their fan. 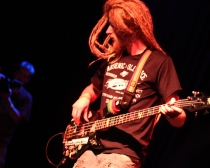 If you’re interested in hearing some of their music, then check the video below, as well as their Bandcamp Page.

After the show and between the two sets, a band called Asbestos Lettuce played in the lobby of Kent Stage. I wasn’t able to get photos, but they sounded pretty good. You can check out their Bandcamp page here.

Overall, it was an amazing show and I’m glad that I got the chance to check out these bands.