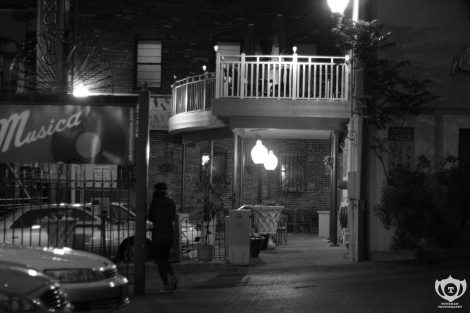 A week and a half ago, I had the pleasure of going to a concert at a local music venue called Musica. The main act was a local band called Axon-Neuron. I downloaded their album a day or two before going so I knew what I was getting myself into. I thought the album was cool, so I decided to go for it. There were a couple other local bands that played before the main act and just so happened my friend/coworker was the drummer for one. His bad is called “Clouds and Trees.” I also caught a woman painting during one of the acts. That’s pretty cool. 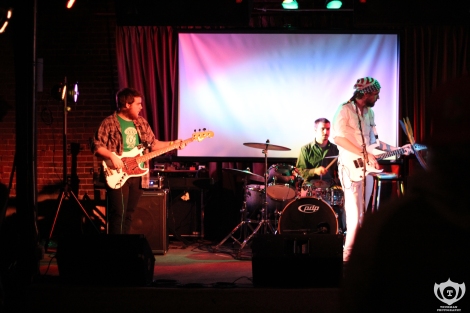 Clouds and Trees call themselves a “psychopopodelic alternative independent math rock that experiments with genres….and stuff” (Taken from facebook page).  I found myself nodding along as they played. It had a flow to it that just worked. Personally, I think that band was the best out of all the ones that I heard and I’m not just saying that because I’m friends with the drummer.

Debussi was the next band. They had way too many things on stage. By that point, I had a couple of drinks, but I think I remember seeing drums, a bass, a keyboard, and a couple of guitars. My friend that I came with actually had to walk out to give his ears a break because it wasn’t pretty. If my senses hadn’t been a bit on the duller side, I probably would’ve been out there with him. They aren’t my cup of tea, but they may be for you. Here’s the link to their album.

Axon-Neuron was the last band I heard before I decided to head home. I’m thinking they were the last act, but I only stayed through two of their songs. They are “a rock band with a lot of jazz and classical influences” (Taken from facebook page). Hearing them live was a bit of a let down. I hear they’re a popular local band, but compared to “Clouds and Trees” there was much left to be desired. I’m not saying that they’re a bad band. I actually enjoy their music and I could listen to it while I’m at home working on a painting, but in a music venue? Nah. It was a bit too slow when I was expecting something that would get my head bobbing. If you want to check out their album, here’s the link.

Overall, I had a great time. I’ll probably be checking out more local bands over the summer. A good friend of mine has an album release party later this month, so I’m a bit excited for that.

Anyway, here’s some more pictures from the show: 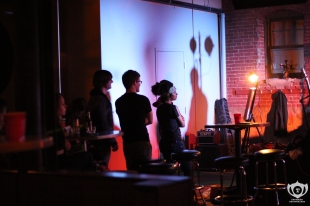